Whether you call it a doughnut or a donut, this ring pastry is legendary!

Far from being a simple pastry, donuts have an official national day in the USA, on the first Friday of June. Why? It’s all about the legend of the donut! Think back to the mid-19th century, when the Dutch introduced a pastry called oily cakes to the American market. These cakes were fried and served whole with the center part left raw.

This all changed when Hanson Gregory, an American ship captain, claimed his invention suddenly. He brought some dough back with him to America. One day, while steering his ship in a storm, he found he needed to place his donut somewhere, and came up with an idea to skewer the cake over a spoke of his ship’s wheel. The idea of the iconic donut shape was born from there!

During World War II, due to the difficulties of providing freshly baked goods, female combat nurses in the Salvation Army decided to provide donuts to hungry soldiers. This quickly became an instant hit. They were known as Donut Girls and Donut Dollies in World War II.

Donut bakers don’t just stick to classics, they constantly spin themselves on a creative wheel. From raised donuts, bacon donuts to good old-fashioned twist donuts, you’ll just go WOW at how this fried dough started its own legend. Many Americans are familiar with the famous raised donut. What’s yours? Ours is definitely the donut hole! 😛

Your DIY Donut Project is About to Come Alive!

The easiest and quirkiest way for everyone to apply is to play around with a real donut object. Taking advantage of its round shape, we have a million ideas to experiment with. You know what we mean, right? Bicycle, glass, clock, eyes, ice-cream or even our planet Earth… Just think of anything with a circle shape. And all you have to do is set your creativity on fire. You’ll nail it! 😉

Donuts also go well with quotes too. You can play any quote with “Donot”, also “Donut”.

Home is where there are donuts

I donut know what I would do without you

Source: a huge love for donuts!

2. From Balancing Photo with Ease to Stunning Layouts, use a Donut Photoshoot

You don’t need to add any other design elements. All you need is:

Last but not least, let your creativity go wild!

This is a secret trick that Dina Belenko applies to her amazing photoshoot with Balancing Donut:

“Put your donuts on a sheet of transparent plastic and set it a short distance from the colored background. This way, all the objects will look like they’re levitating.”

To add some depth and volume to the composition, you need to place your objects on little supports as Dina Belenko did with some children’s wooden blocks. Get creative with what you balance them on.

After all, you just need to clean up some scratches from the plastic and brighten the image digitally. Pretty cool right! 😉

Never get bored with a stunning layout. By looking at what all pinners are searching for and make an idea more and more searches, Pinterest said that people were going nuts for donuts as colorfully edible party displays—raised, old fashioned and sprinkled. Searches for donut decor increase 748%, on the top 3 of searching for Celebrations just after New gold standard (searches +1552%) and Garland ho (searches +1154)

All you need is to use your talent in arrangement. Start by choosing a nice foam board and capture those shots. Raymond – a self-taught home baker – says his go-to camera is a phone with a high resolution, a white foam board and a quick edit in his photo editing app.

Life becomes easier with the rise of digital technology. If you enjoy designing any donut elements from clip art to watercolor, why not try these ideas for your next DIY project? Celebrate National Donut Day by digitizing your own creations!

Create your donut sticker and print it out!

You even can expand your creativity by using donut fonts. Sounds amazing right? We know. We have an unlimited range of donut creations here on TheHungryJPEG!

Check out this super fun, chock-full-of-surprises font with colorful variety by Yasir Ekinci. Turning imaginative ideas into reality, this font replaces boring letters of the alphabet and makes your design creative, bright, and full of life.

In love with cookie donuts? Check out this font:

Celebrate National Doughnut Day with us!

Satisfy your sweet tooth with TheHungryJPEG and CraftBundles team.

DONUT miss this chance to win prizes worth up to $700! Head over to our official Facebook Page for more details. Best of luck everyone!

Thanks for reading! If you enjoyed this article, PLEASE share it with other donut-lovers you know and let’s celebrate National Donut Day together! 🙂 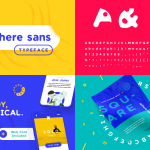 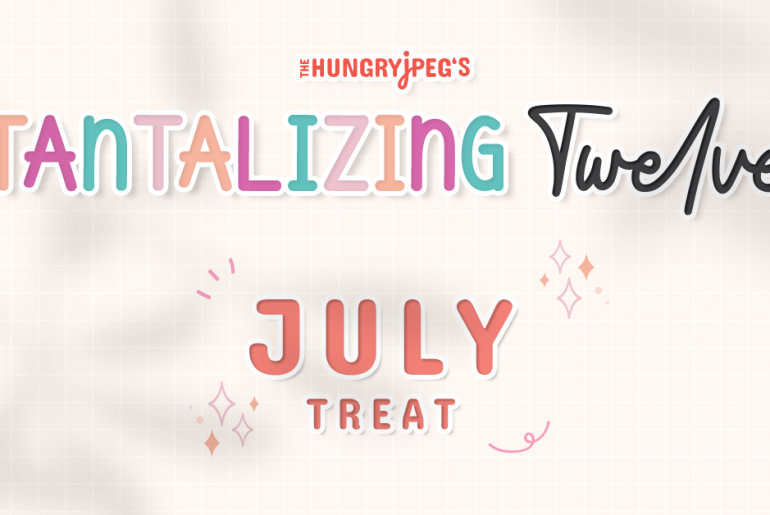 To A Better And Sustainable Tomorrow With Women